It starts with not having to adapt, with only marrying Muslims, only socializing with Muslims, going to a Muslim butcher and a discrete mosque. The next step is to obtain privileges that are at odds with the values of Western societies, but still may be understood as a right within the same Western society. This includes the wearing of a headscarf, asking for halal food in a factory canteen, requiring a separate room for non-Muslims to eat during Ramadan, et cetera. The mosques that are built are becoming progressively larger and more challenging, looking more determined.

There gradually appears a separate mental room for Islam. Other religions and lifestyles take considerations of Islam into special account in a way that is not mutual. The other ways of life have thus Islamized their behavior. This is all the more bitter because these practices have nothing to do with religion, but are detours to psychologically condition non-Muslims to become dhimmis and to permeate their unconscious with the superiority of Muslims. Whether that superiority is based on anything or only exists in their own experience is not important. The only thing that matters is that conduct is grounded in fulfilling a relationship in which one party is gradually forcing the other party to modify its behavior without something in return.

Islamization means that Muslims achieve a special status because non-Muslims conform to the requirements of Islam. Those who adhere to another’s requirements thereby give the other a higher status.

Conversion to Islam and the emergence of a demographic majority of Muslims are the consequences of Islamization and not vice versa. When Amr Khaled talked about “a Muslim majority within twenty years”, he was referring to a “moral majority”, i.e. a minority that is able with continuing social pressure to force the majority to make concessions.

Muslims are aware of the Islamization of the famous Dutch tolerance. Examples:

* Separate classes for men and women, and Muslims and non-Muslims.
* Education in Islam at all schools, to remove the “fear of Islam”.
* Integration will increasingly become interpreted as “respect for Islam”, which in practice will mean that non-Muslims must learn to spare Muslims in all ways to prevent “insulting” them.
* Dogs will gradually disappear from the streets.
* Pork will no longer be allowed in the same freezer as halal meat, and perhaps not even be stored in the adjacent freezer.
* Cakes will increasingly be taken off the shelf. Among immigrants the rumor circulates that sometimes pork fat is mixed with the fat that is used in cakes and that is haram. Maybe halal cakes will appear on the market.
* Separate showers for Muslims in sports facilities will become normal. Muslims wish not to viewed by unclean pigs with something as intimate as showering.
* The Holocaust, the Crusades, the role of the Christian church as a cultural medium after the collapse of the Roman Empire — all these are issues that will gradually be discussed less broadly during history classes. They will be replaced with a fresh look at history. Children will learn that the humanities have emerged from Islam (the adab). That the Renaissance in fact arose from the culture of al-Andalus. That the troubadours and rhetoricians copied their art from Islamic predecessors. That Copernicus had stolen his idea from Tusi. That science should serve Islam. Muslim students in France already require all these things, as it appears in a report from 2004.
* It will be standard that companies set up prayer rooms for Muslims.
* Employees are not allowed to wear crosses or Stars of David so as not to offend the Muslims.
* Non-Muslim women will start wearing a headscarf, just as they often drive during daytime with their headlights on: “It does not matter to me and gives me a feeling of safety.”
* Islamization is advertised with the help of newspeak like “Islam is becoming Dutch” (is there also a Dutch Catholicism? Argentinean Confucianism?) or “European Islam” (Tariq Ramadan is very strong in this area). The combination “Dutch Islam” scores 3000 hits on Google, “polder Islam” 1970 hits and “European Islam” 5660 times.

Press “freedom” will greatly increase. Expressing negatively on Islam (“insult”) will be a thing of the past, but the slandering of Jews and calls for the destruction of Israel will no longer surprise anyone. Falls under freedom of expression. The Anne Frank House in Amsterdam will be closed down (because of “renovation”) and subsequently will find a multicultural equivalent: the expulsion of Palestinians from Israel (the Nakba), will get a prominent place — for didn’t many more people suffer there?

Some groups, including students, non-Western immigrants from non-Islamic countries, and certain professions, such as representatives, will gradually convert to Islam. In this stage Islam is a still relatively superficial religion and the conversion will be without many formal requirements, other than reciting the shahada and the compulsory circumcision of men. Left-wing teachers, social workers and journalists will convert to Islam to be “better able to perform in their profession”.

Other groups will move to Muslim-free areas to avoid the risk of ever “insulting” Muslims.

The latter seems rather unlikely because the Left is associated with the rejection of religion. However, left-wing thinking is highly idealistic (in the philosophical meaning as opposed to realism) of character and is strongly determined by an inner desire for social planning as a counterweight to the chaos around them as they perceive it. People who think like that feel attracted to the mystical and abstract character of Islam because they believe that ideas really do exist as realities, and that a religion is only another way to express the same principles. The aversion towards Western religion by leftist thinking is the dislike of the church and the power of that institution in the Middle Ages, but, strictly seen, not of religion as a personal experience. German socialism took a much more general argument against religion than French socialism.

There are reasons why a country like the Netherlands is more vulnerable to Islam than most other European countries.

The Netherlands is an anomaly in European history. It started as a republic, and became a kingdom just as in other European countries the monarchy was returning.

1.         Calvinism, with its abstract religious idea of God and a strongly considering impact has certain agreements with Islam, but is much less defensible.
2.         The ancient egalitarianism of the civil mentality hinders an ideological defense against mental usurpation.
3.         Pillarization, although has largely become redundant, has inspired a near endless consultation mentality.
4.         The overpopulation and the multitude of confrontations and over-stimulations that come with it make Islamizing only one of the many problems that seem to need attention.
5.         The Netherlands urbanizes rapidly and Islamization is much easier in an urban environment because of the conformist and anonymous nature.
6.         The Netherlands has since the 18th century developed a loser’s mentality, which makes it inclined to identify itself with underdogs from around the world and is therefore insufficiently able to assert its own identity.

More and more the situation will arise in which the majority gives in to a minority out of fear of reprisals. The circumstances suggest that Lebanizing and finally Somalizing will determine the route for the Netherlands will after 2035. Already a generation of schoolchildren is growing up who find it normal to daily see headscarves around them. A whole generation that is growing up under a government without authority.

With ever more low-skill and unskilled Muslims, the question is whether a country that thrives on services and information technology can sustain its prosperity. The huge retirement wave that will be launched from 2012 on will probably be a turning point. Gradually, the Netherlands will slide down economically. Politicians will again resort to the tool of immigration to provide new orders for the construction sector. Time and again new waves of immigrants will make the birth rate rise again, long enough to change entire areas into overseas provinces of Morocco. I have described this scenario in “Rise and fall of the new pillarization.”

Politicians will always try to sell unpleasant developments as inevitable and as a new form of an existing tradition because their interest is solely in maintaining their very own position.

Finally, it is good to remember that Islam is a process without end. Countries like Pakistan and Egypt are still busy Islamizing. The dynamic arises from the denial of “the self” — the opposite of the submission to God’s will — that makes ever increasing sacrifices necessary to be able to claim unity with Allah. The ultimate sacrifice is the end of earthly existence (death) and the beginning of heavenly life. With this finally the unity with God (Tawhid) that is so central for the Muslim will be reached. The striving for unification with Allah has two major manifestations: the hate of the West and the death-wish of many Muslims. 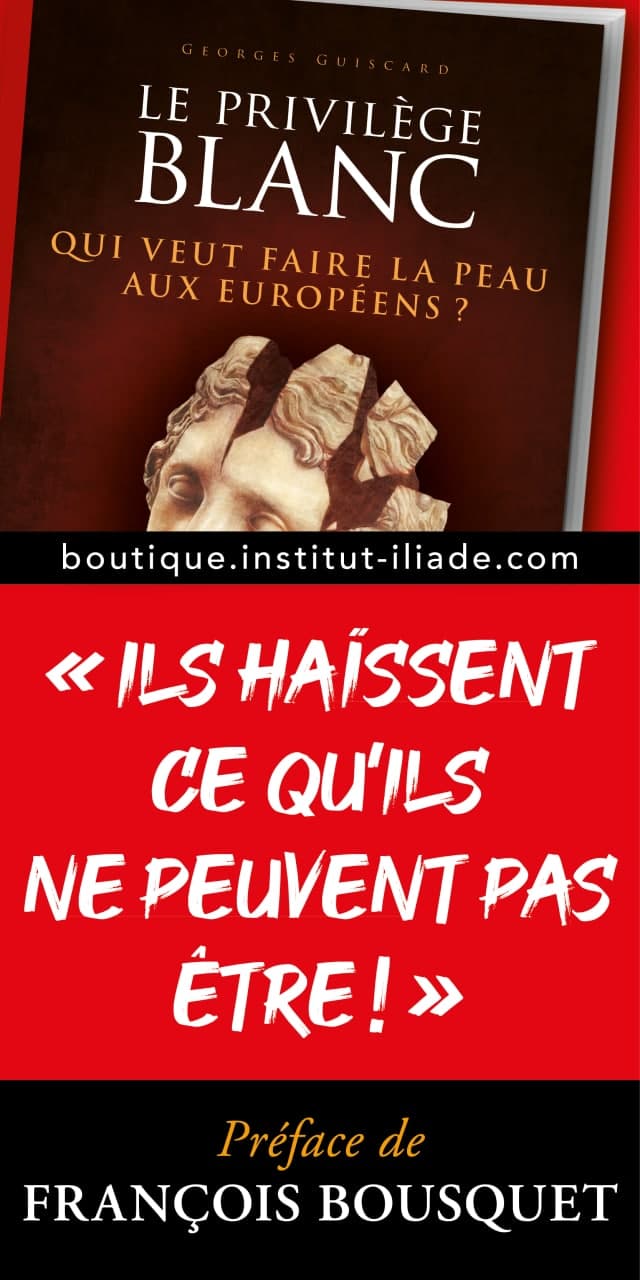 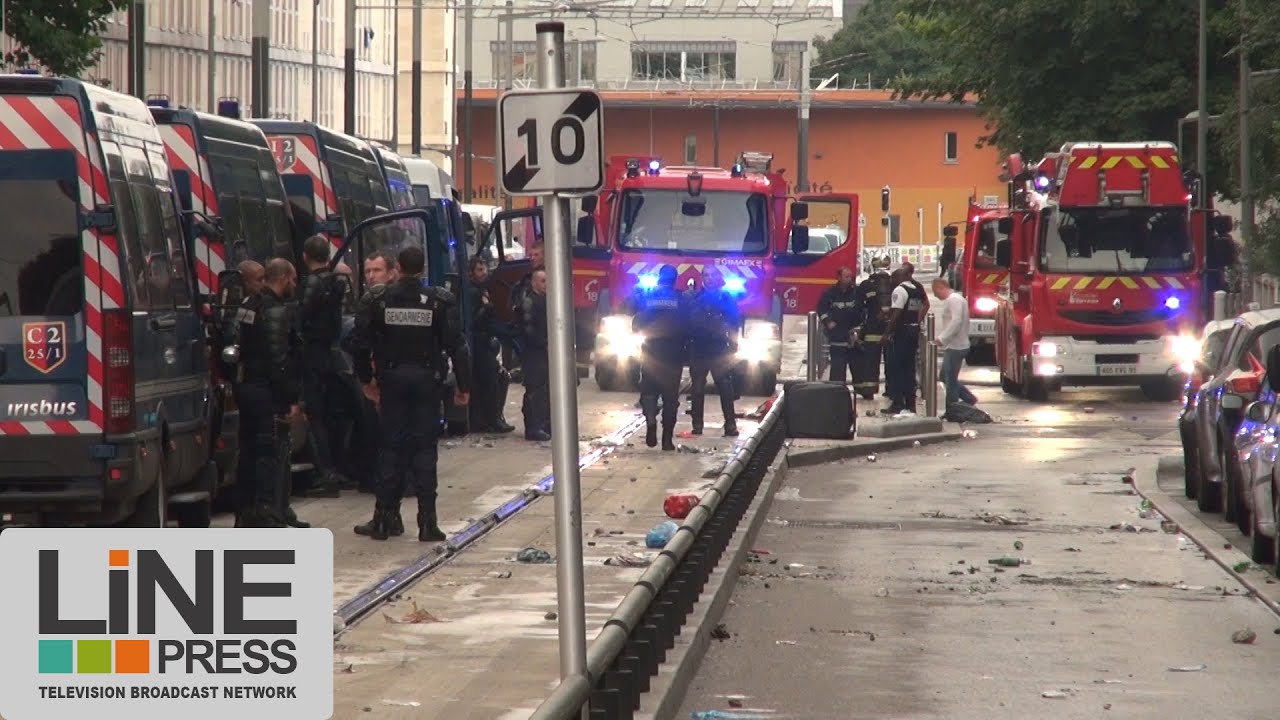